High-resolution observations from the submm to the optical wavelength regime resolve the central few 100 pc region of nearby galaxies in great detail. They reveal a large diversity of features: thick gas and stellar discs, nuclear starbursts, inflows and outflows, central activity, jet interaction, etc. Concentrating on the role circumnuclear discs play in the life cycles of 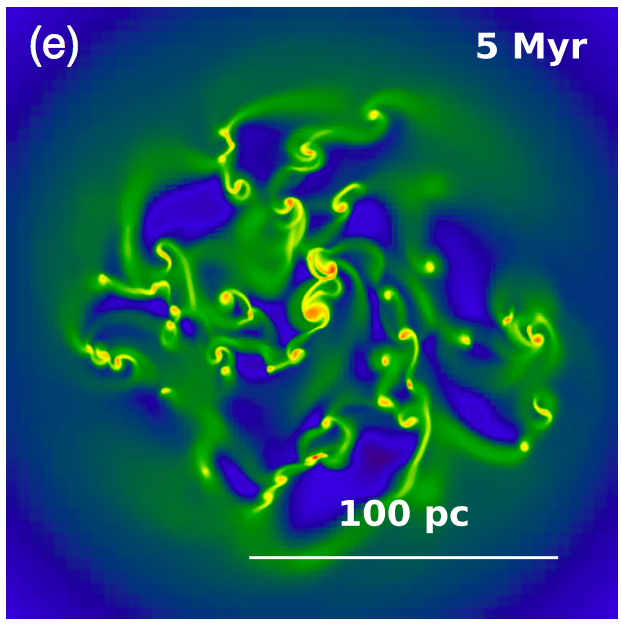 galactic nuclei, we employ 3D adaptive mesh refinement hydrodynamical simulations with the RAMSES code to self-consistently trace the evolution from a quasi-stable gas disc, undergoing gravitational (Toomre) instability, the formation of clumps and stars and the disc’s subsequent, partial dispersal via stellar feedback. Our 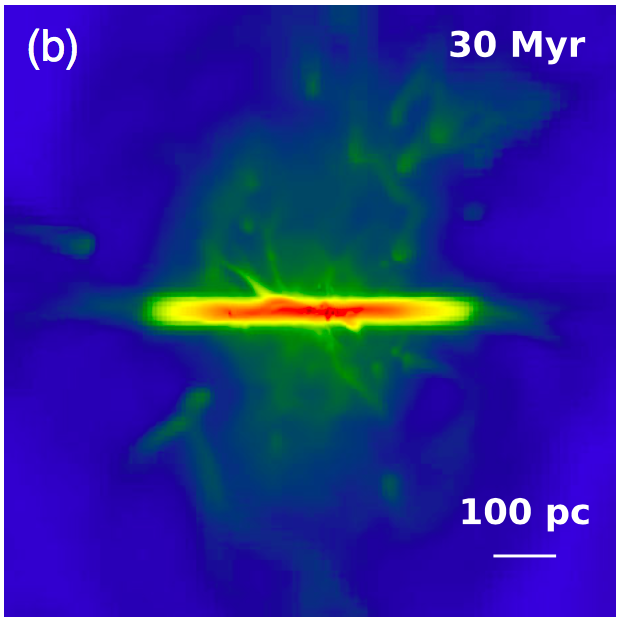 approach builds upon the observational finding that many nearby Seyfert galaxies have undergone intense nuclear starbursts in their recent past and in many nearby sources star formation is concentrated in a handful of clumps on a few 100 pc distant from the galactic centre. We show that such observations can be understood as the result of gravitational instabilities in dense circumnuclear discs. By comparing these simulations to available integral field unit observations of a sample of nearby galactic nuclei, we find consistent gas and stellar masses, kinematics, star formation and outflow properties. Important ingredients in the simulations are the self-consistent treatment of star formation and the dynamical evolution of the stellar distribution as well as the modelling of a delay time distribution for the supernova feedback. The knowledge of the resulting simulated density structure and kinematics on pc scale is vital for understanding inflow and feedback processes towards galactic scales.

Active Galactic Nuclei (AGN) are thought to be enshrouded by geometrically and optically thick toroidal dust distributions, the so-called molecular tori. We derive observable properties for a self-consistent model of such toroidal gas and dust distributions, where the geometrical thickness is achieved and maintained with the help of X-ray heating and radiation pressure due to the central engine (Wada et al., 2012). We simulate spectral energy distributions (SEDs) and images with the help of dust continuum radiative transfer calculations with RADMC-3D (Dullemond et al., 2012). This results - for the first time - in time-resolved SEDs and images for a physical model of the central obscurer. We find that temporal changes are mostly visible at shorter wavelengths, close to the combined peak of the dust opacity -- which follows a loal dust extinction law -- as well as the central source spectrum and are caused by variations in the column densities of the generated outflow. Because of the three-component morphology of the hydrodynamical models -- a thin disc with high-density filaments (the remainder of the initial condition and determined by the inflow from larger scales), a surrounding fluffy component (the obscurer) and a low-density outflow along the rotation axis - we find dramatic differences depending on the observed wavelength: whereas the mid-infrared images are dominated by the elongated appearance of the outflow cone, the long wavelength emission is mainly given by the cold and dense disc component. Overall, we find good agreement with observed characteristics, especially for those models, which show clear outflow cones in combination with a geometrically thick distribution of gas and dust, as well as a geometrically thin, but high column density disc in the equatorial plane.